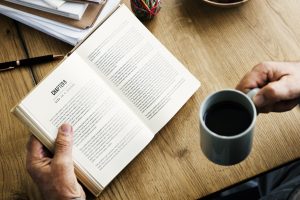 Quote I am Pondering: “All good men and women must take responsibility to create legacies that will take the next generation to a level we could only imagine.” – Jim Rohn

Will The Work You Do Outlive You?

Will your business succeed when you’re no longer involved? Or will it suffer the fate of many companies that fail to successfully outlive their founders? Recently, I had a conversation with a good friend about intergenerational business leadership. As he contemplates releasing control of his business to his son, there is a very real concern about an imbalance between their risk tolerances. Since he’s in his mid-sixties and close to retirement, his tolerance for risk is not what it was, say, thirty years ago. His son, on the other hand, is eager to take calculated chances to take the business to the next level. This is similar to the risk aversion that I see in larger, established companies in later lifecycle stages, as they endeavor to protect the fruits of their past labors. With small businesses, especially those that are family-owned, the effect of this and other intergenerational imbalances can be much greater than with large companies that are better able to absorb the impact … at least for a while.

Around three-quarters of family businesses are owned by a single proprietor or a couple. Another fifth or so are sibling partnerships. One of their greatest challenges is navigating the treacherous waters of succession. And while much of the focus ends up being on concerns related to the transition itself, how business leaders deal with intergenerational issues that exist before the transition can make all the difference between a favorable and an unfavorable business succession.

Risk imbalance is only one of the issues that must be dealt with. Others include:

An entitlement mindset … “there’s always a place for you here” … often results in a situation where less qualified individuals assume key positions, resulting in suboptimization and low morale among non-family members of the company.

Paternalism, which results from a direct transference of family dynamics into the business.

Silos along bloodlines or lines of succession, whereby sons and daughters fall into the same area of specialization within the company as their parent(s), without developing cross-functional expertise.

Insularity resulting from family members assuming positions in the company without having acquired business experience elsewhere.

Absence of mentors outside of the family. Family members make historically bad mentors.

It should be noted that, while these issues are characteristic of many family-owned businesses, they also exist in large companies to one degree or another, although bigger firms are often better able to absorb the impact … at least for a while.

Are You a Barbarian or a Bureaucrat?

This isn’t the first time I’ve recommended Barbarians to Bureaucrats, a wonderful little book by Lawrence Miller. This book is old … older perhaps than some of you who are reading this. But it is full of wisdom about how to prevent companies from descending into wasteful, risk-averse bureaucracy as they mature.

Regardless of whether you’re involved in a family business or a large corporation, how many of the above issues have you encountered … and how have you dealt with them?