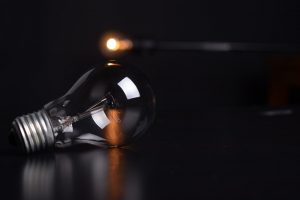 Quote I am pondering: “the pitcher longs for water to carry / and a person for work that is real”

– Marge Piercy, from her poem “To Be Of Use”

The Importance of Making Things

We were destined to make things … with our hands. Since the beginning of mankind, this has been the essence of our being and at the core of our sense of purpose. And, I would argue, a source of true happiness. In a past article, I cited President Kennedy’s definition of happiness (with deference to the ancient Greeks) as “the full use of your powers along lines of excellence.” And to pursue excellence by creating things with one’s hands must, in my opinion, embody the essence of what our former president and the Greeks before him were referring to.

Our roots are agrarian. My great-grandparents were farmers. They lived off of the land, spending their entire lives tilling the soil with their hands, growing food and rearing livestock for the sustenance of their families and their communities. And they were not alone. At the turn of the 20th century, farmers represented almost 40% of the labor force.

My grandparents broke the mold and moved from the farm to the city. Although they were emblematic of the transition from a primarily agrarian economy to an industrial one in the early 1900s, they still made things with their hands. My paternal grandfather, for example, was a carpenter. As the American workforce grew six-fold over the course of the 20th century, progressively more people made a living in factories rather than on farms, so that by the end of the century, less than 3% of workers were farmers. But they still, by and large, made things with their hands. It wasn’t until around mid-century that technology began to impact manufacturing in a significant way. The result was that workers in factories found themselves operating equipment that placed them one or more steps separated from the thing being made. But they still used their hands to make things … albeit indirectly.

As the century progressed, our focus was not so much on making things as it was on providing services of one form or another. By the year 2000, only roughly a quarter of the US labor force were goods-producing, down from about half in 1950.

Now we are in the midst of a 21st century knowledge economy, one that seems to value the “life of the mind” over all else. We can see the effects of this in so many ways. We place an inordinately high value on a traditional university education at the expense of the trades and manufacturing. The highest salaries (outside of sports and entertainment) are enjoyed by those who deal in intangible “products” and services. We lavish praise on the Wall Street financier, on the latest Silicon Valley wunderkind billionaire, on the hot shot Harvard professor with the management theory of the day … while discounting the value of the craftsman, the machinist and other professionals who make tangible things.

In some ways these trends may have been inevitable as more and more manufacturing jobs left our shores. But what have we lost as we have transitioned from an agrarian, to an industrial, to a service, to a knowledge economy? And how does it impact our sense of purpose and well-being?

Several years ago, Matthew Crawford (more about him below) reminded us in the New York Times that:

“Many of us do work that feels more surreal than real. Working in an office, you often find it difficult to see any tangible result from your efforts. What exactly have you accomplished at the end of any given day? Where the chain of cause and effect is opaque, and responsibility diffuse, the experience of individual agency can be elusive.”

Working with your hands … making things … benefits your mind, your body, your sense of purpose, well-being and accomplishment.

My theory is that, as we have moved away from making things, a collective angst, a collective sense of lack of meaning, has set in. A lack of purpose that extends beyond just going through the motions of making money. A lack of clearly defined individual agency. This is why, I believe, so many of us have turned to pastimes that involve making things with our hands. One of my business partners is a woodworker. My wife swears that if she is not growing things in the soil an essential element of her being is missing. I met a man who gave up a lucrative job in the financial services industry to make and sell biscotti and, in his words, is happier than he has ever been. Or the winery owner who gave up a law degree to make some of the finest American wine outside of California. All of these examples of “following one’s passions” are, I believe, in direct response to an otherwise intractable void in our lives.

I mentioned Matthew Crawford earlier. He left a lucrative job heading up a Washington think tank to start a motorcycle repair shop in Richmond, VA. He also is a research fellow at the Institute for Advanced Studies in Culture at the University of Virginia. Several years ago he wrote a wonderful book called Shop Class as Soulcraft, about his own journey and about “human excellence and the way it is undervalued in contemporary America”. If you haven’t read this book, I highly recommend it. It changed my thinking in so many ways. I hope you enjoy it and are as inspired by it as I was.

My question this week is simple. What do you do to ensure you are pursuing “work that is real”, work that gives you a sense of true purpose, well-being and accomplishment?