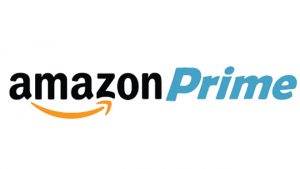 If you said Amazon … think again.

However, Amazon’s business can be separated into two components: Amazon Web Services (think cloud computing) and everything else (think retail).

Now, you may be thinking that I’m down on Amazon. Far from it. I’m enthusiastically bullish on the company and its future. It is clear that Amazon is on fire and killing most of its competition.

But the company has a problem, one that must be addressed. Amazon’s supply chain costs are eroding its margins and rising faster than revenues.

As some of you know, I have been a fan of retail “guru” Steve Dennis for several years. He addresses Amazon’s supply chain problems in a recent article. As he points out:

And to further complicate the problem, as Dennis points out:

“Amazon’s growing success in apparel may be great for the top line, but returns and exchanges tend to be much higher than average, pushing supply chain costs further in the wrong direction.”

Amazon is dealing with this problem, in part by raising its annual fee for Prime subscriptions to $119 from $99 starting mid-June. And while consumers may balk at this increase, by and large they will continue to sign up in record numbers.

If I had to make a choice, would I put my money on Amazon or Macy’s? Clearly, I would put it on Amazon.

But the fact remains that the company will probably never realize strong operating margins without addressing its supply chain issue.

Please email your thoughts. I’d love to hear from you.