Breaking News.. Are we seeing the “beginning of the unraveling” of GE ? 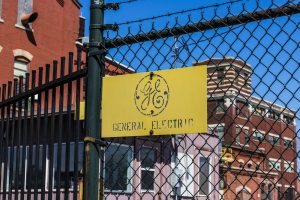