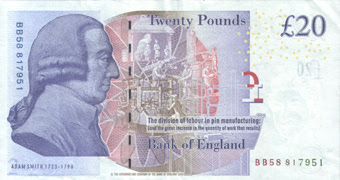 My professional life (if you don’t count selling Christmas cards door-to-door when I was a kid and, for a very short while, the most amazing and the last pair of scissors one would ever need to buy) began when I got out of graduate school. I made the transition from school straight into the corporate world as a dutiful and ambitious employee.

After a short stint as a bench scientist in the chemical industry, I moved into product development, heading up a group responsible for taking new products to market, most notably into the automotive industry.  Working for a couple of Fortune 500 companies did not help me learn about what it meant to be an entrepreneur.

It was several years later when the realization hit that I needed something different, that a part of me was yearning to “do my own thing”.  That was when I learned in stark, living color what the word entrepreneur really meant. I left the corporate life and started two businesses in succession. The first one was successful by most standards and was rewarding to me, both personally and financially. The other one tanked, largely due to serious undercapitalization and a rapidly changing market that we simply did not have the agility to respond to. Over the years, I started, led and grew several businesses, but it was these first two that really taught me the most about what it means to be an entrepreneur, about risk and reward.

Entrepreneurism, at its essence, is about balancing risk and reward. It’s about mitigating risk and enhancing reward through innovation and value creation. It’s about committing to practice much of what Adam Smith set forth, on a macro scale, in The Wealth of Nations. An entrepreneur must be able to leverage competition (which, after all, is the source of much risk but also drives innovation) to deliver value to the marketplace, the essence of marginal productivity.

But what happens when external constructs are created that militate against entrepreneurism and compromise the concept of marginal productivity? What are the effects, short- and long-term, on innovation and value creation?

Such external constructs can take many forms. On the risk side, external mechanisms that separate the assumption of risk from the reaping of rewards, that shift risk from the decision-maker to others, are not entrepreneurial. Modern day examples include bank bailouts and credit default swaps.

On the reward side, policies that enable, or in some cases encourage, rent-seeking, resulting in rewards without value creation, erode the concept of entrepreneurism. Rewards that are generated at the expense of others without adding value are not entrepreneurial and, at the end of the day, probably result in a net negative overall.

My strong bias is that over the years, the concept of entrepreneurism has been eroded by the creation of these external constructs that make it more difficult to realize rewards by creating intrinsic value balanced against true risk mitigation.

And, to further complicate matters, we live in an increasingly complex world. Complexity and lack of transparency in the marketplace further erode the concept of marginal productivity and entrepreneurism, running counter to what we learned, or should have learned, from Adam Smith. For example, how many buyers and traders of highly complex financial instruments really understand them? And if the buyers and sellers of a product fundamentally don’t understand it and, more importantly, don’t understand the underlying risk in the transaction, do such transactions contribute to, or ultimately erode, the concept of efficient markets, marginal productivity and entrepreneurism?

These are admittedly provocative positions. And you might not agree with my premise. The intent here is not to be provocative but, rather, to stimulate conversation that may ultimately shed light on the issues and, if you happen to agree with the premise, perhaps help us better understand how to deal with them in the future, for the sake of entrepreneurism. I would love to hear from you.