From Chainsaw Al to Tony Hsieh … Where Do You Weigh In? 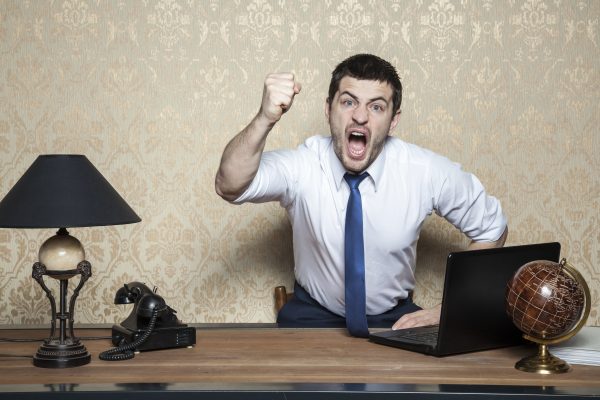 I recently saw a quote by Pixar founder Ed Catmull about Steve Jobs’ transformation as a leader after being “kicked out” of Apple and suffering setbacks at NeXT and Pixar:

“Jobs wandered in the wilderness for a decade. In the course of working through and understanding these failures, and then succeeding at Pixar, Jobs changed. He became more empathetic, a better listener, a better leader, a better partner.”

The quote was provided in the context of a broader discussion about “leaders” who act like jerks in the workplace. We’ve all experienced them at one time or another in our careers (I’ve lived it in a past job and have the battle scars to show for it). They are the “Al Dunlaps” of the world. For readers who were not part of the workforce in the late 1970s, Al Dunlap was the president of several companies and earned the title – Chainsaw Al – due to his ruthless tactics.

The autocratic “leaders”. I put the word in quotes because in reality they are not leaders in the true sense of the word. They wield power through fear and intimidation, as opposed to influence. There could be times when a “slash and burn” approach to stanch the hemorrhaging of a business in crisis is called for. But these are extenuating circumstances that are extremely rare. And the response in these situations is not so much leadership as it is firefighting.

Robert Sutton, author of the book The Asshole Survival Guide, recommends a practical five-point action plan to rein in your impulses (assuming they exist in the first place) to be an autocrat as opposed to true leader:

So it occurs to me that this is one end of a spectrum, let’s call it the “Chainsaw Al” approach.

But what does the other end of the spectrum, the “anything goes” approach, look like?

The past few years have been abuzz with talk of self-organized and self-managed organizations, popularized by the holacracy “alt-management” craze. Holacratic organizations in their purest form are flat, “leaderless”, imminently democratic and unstructured … “organic” is a word that has been used in the past to describe them. This all sounds good, a commitment to practice of the ideal of rank-and-file empowerment, a reasonable reaction to “command and control” organizational structures of the past. But do they really work?

Zappos is perhaps the “poster child” for holacratic self-management. Toward the end of 2013, Tony Hsieh, Zappos CEO, announced that the company would eliminate traditional managers and implement a self-organized, self-managed business, with power shifted from managers to fluid, loosely-structured “circles”.

So how has this transformation worked out for Zappos? In 2016 CNBC reported that in the prior year 18% of Zappos’ employees had chosen to leave (albeit with a severance package offered by the company) and in 2016, for the first time in eight years, Zappos fell off Fortune’s 100 Best Companies to Work For ranking. In exit interviews and surveys, some departing employees cited “’ambiguity and lack of clarity around progression, compensation, and responsibilities’; getting ‘no definitive answers’ to what they felt were basic organizational questions; and concluding that holacracy was a ‘half-baked’ idea.” One former employee described holacracy as “a social experiment [that] created chaos and uncertainty.”

Hsieh has been steadfast in his defense of holacracy as a viable alternative to top-down, autocratic management. In fact, when asked what he would have done differently his first response was that he regretted not making the change sooner. Is Zappos an exception? Perhaps. A handful of other companies, including Medium, have joined the holacracy bandwagon, but by and large the trend toward extreme self-organization and self-management has not taken hold after several years.

While we seem to live in an increasingly polarized world these days, most of us would prefer not to live at the extremes. This is true of business as much as it in in other aspects of our lives. The viable middle ground, in so far as business leadership is concerned, is likely a mix of:

As with most things, there is a delicate balance here that calls for regular assessment and refinement to ensure organizational success. Finding the right balance can be a challenge in any business, but my inclination in most instances is to err on the side of organizational empowerment. If you ask the right questions and provide an environment that encourages input and self-management, you will find that the solutions you’re looking for reside with those members of the organization who are closest to the action, whether they are in sales, product management, manufacturing, distribution or customer service.

What is your preferred approach as a leader? What organizational structure works best for you and your business? Do you find yourself reverting to a “command and control” leadership style or is your inclination to empower others to take charge? Would your team be better or worse without any input from you?

Please reach out. I’d be delighted to hear from you.