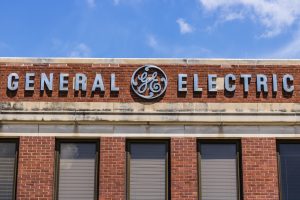 You may have read my recent articles here and here about the precipitous decline of General Electric. Now comes an insightful article by Fortune Magazine Senior Editor at Large Geoff Colvin. If you are interested in learning more about GE’s problems and the impact of bad leadership, I highly recommend that you read Colvin’s piece. Colvin minces no words in his criticism of Jeffrey Immelt’s leadership during his tenure as CEO, pointing to a pattern of “inept capital allocation,” not only in the acquisitions that GE made but also in stock buyback and dividend payout decisions. Colvin cites numerous examples of bad acquisitions, including:

I won’t go into the article in great detail here. You can read it. But I was struck by one comment that is worth repeating:

There is often a tendency on the part of leaders to pursue the “next great thing” that comes along … you know what I’m talking about … that one deal that’s going to be a game changer … the next hot business … the best thing yet. More often than not this is done outside the context of an overarching business strategy. Following fads. I call it the “shiny object syndrome” and wrote about it in a recent issue of my weekly newsletter.

I continue to be concerned that this is symptomatic of something much deeper, of a “collective ADD” or what has been referred to as a “disease of distraction.” It can be bad in any situation, but it can be particularly devastating when it impacts leadership decisions in a Fortune 500 company.

My intent here is not to indict Jeffrey Immelt, although Colvin’s points specific to GE under his leadership are worthy of consideration.

The goal here is to help glean lessons in leadership from GE’s situation that we can learn from as we endeavor to be better leaders ourselves, whether we run a large corporation, a medium-sized or “mom and pop” business, a non-profit or even simply our personal lives.

Does your company have the leadership in place to take it to the next level of excellence? Are your decisions shaped by an overarching strategy, a roadmap and a set of principles that ensure you don’t get sidetracked by what may seem like a great deal at the moment?

I’ve spent thirty years helping business leaders do great things. If there’s ever an opportunity for me to help you, please don’t hesitate to contact me. You can learn more here.