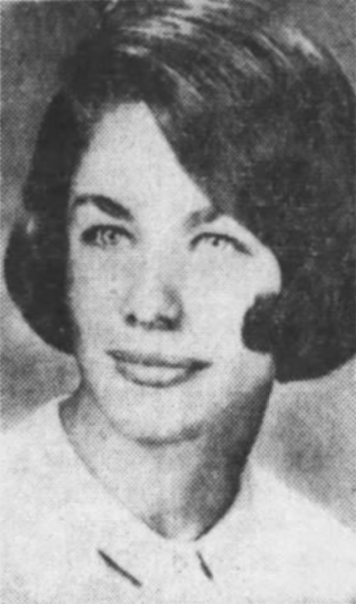 Susan Herald moved to Atlanta to make a new life for herself, one far away from the privilege and upper-middle-class comfort she left behind. But her plans for a new start were not meant to be. Early one fall morning in 1970, her nude, bullet-riddled body was discovered on a construction site in a run-down part of town, her life cut short senselessly and inexplicably.

This is a true story. It is the account of the life and death of Susan Herald, fictionalized as “Kathleen” in a recent short piece (Kathleen). At the time I wrote the fictionalized account, I was not ready to come forward with the full details of her life and death. But after fifty years of soul-searching and discernment, of investigating and interviews with witnesses and law enforcement, of unfettered access to her cold case file, I’m now ready to tell her story as it has never been told. No one has given her the recognition she deserved, not before, at the time of, or in the many years since her untimely and tragic death. It’s time for that to change.

Susan was special. She was twenty-three to my seventeen, the older woman who took this wide-eyed adolescent into her charge. She came into my life at a critical time. She took me under her wing. And then, just like that, she was gone. Who killed her and why? Could it have been someone I knew? I am haunted by the thought that, somewhere along the way in the decades since she died, I could have contributed to shedding light on a murder that, to this day, remains unsolved.

In pursuing Susan’s story, I have collaborated with Katie Carter, a private investigator and documentary filmmaker. In addition to assisting me with the investigation, Katie is capturing our efforts on film in anticipation of a future documentary.