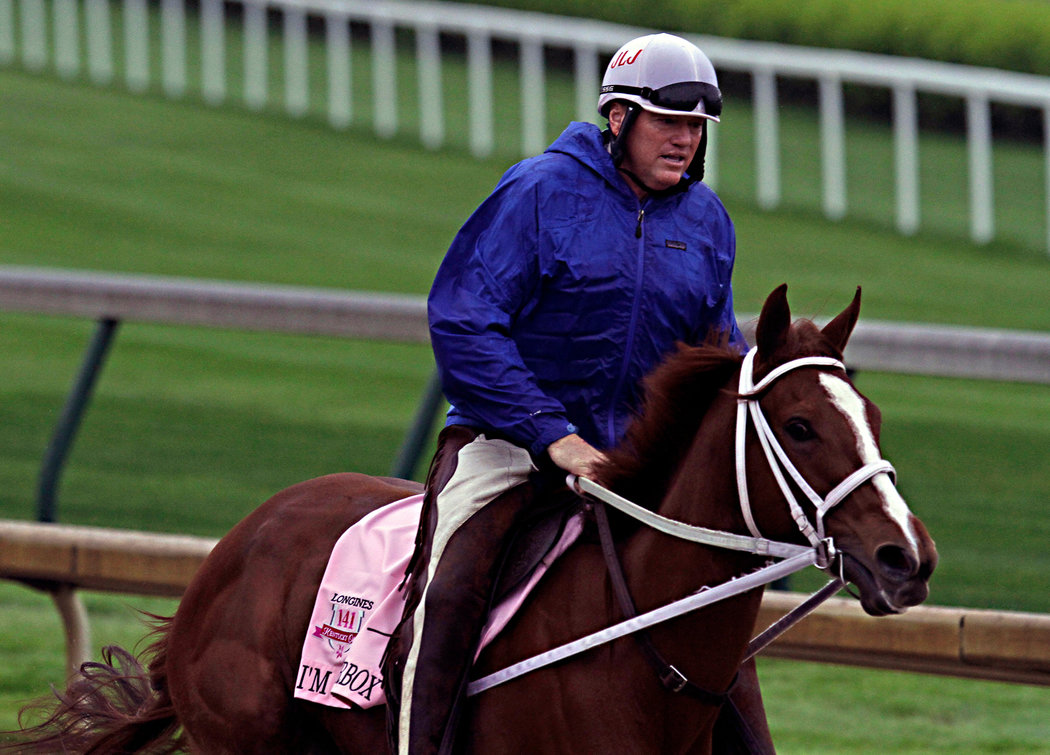 J. Larry Jones has horse racing in his blood. From an early age he must have known he was destined to be a horseman, and a great one at that. Larry’s a horse trainer. A trainer of champions, in fact. Hard Spun … Proud Spell … Eight Belles … and the list goes on.

Larry’s the kind of guy you’d be hard pressed to forget once you met him. Six feet tall. Skinny bowlegs. A rugged face that bespeaks fifty-nine years of hard driving, and a will to succeed at anything he does. You get the picture.

He was described by Peter Boyer in The New Yorker as being “among the elite rank of horsemen whose cellphone numbers are programmed into the iPhones of ESPN producers”. [1] At one time he had over a hundred horses under his purview. He has a reputation for turning long shots into champions.

He tells a story about an experience that perhaps shaped his career more than any other. When he got into the business in 1980, after a career as a commercial farmer, he was determined to be the best trainer around. He started out doing what most new entrants into the industry would do … he carefully watched the other trainers and copied what they did. You could say he benchmarked against them. He would show up early in the morning for workouts, with a pad and pencil and a stopwatch. He would clock the horses diligently, keeping careful records of their performance. He laid out his plan, he set milestones, he measured them, and he managed to them. He measured again. And again. He was, in a very real sense, managing the process of training horses.

But then one day, as he tells the story, an old-timer, a veteran trainer, happened to be with him. Now mind you, Larry was only in his twenties at the time. And there he was that morning, carefully clocking the horses. And the old man was helping him make sense of it all.

In his own words, “I was out there one morning, and I’m watching my clock, and this old-timer was with me. He was helping me, and I was telling him the splits,” Jones recalled. “And he said, ‘Where’d your horse switch leads at, comin’ down the lane?’ I said, ‘I don’t know, I was watchin’ my watch.’ He said, ‘Son, let me tell you, if you need that watch to tell you what kinda horse you got, you don’t need the horse. Watch your horse, leave the watch alone, and you’ll learn to see what they’re doing.’ And from then on I just kinda threw it away and watched to see how they finish. And I can get within a tick or two now of what they worked, just by watching, and knowing. I don’t even bring a stopwatch.” [2]

From that point on, Larry stopped using a stopwatch. He watches the horses instead. He knows them by watching them. By experience, observation and intuition.

Seeing, watching and knowing, or, perhaps more appropriately “feeling”. And winning. Part of what’s going on here, I believe, is what Malcolm Gladwell set forth in Blink [3] and what Daniel Wegner called the “adaptive unconscious” [4], mental processes that work rapidly and automatically with relatively little information.

Now lest I be accused of putting too much emphasis on the power of intuition and the adaptive unconscious, let me emphasize that data, information and analysis are hugely important, and probably becoming more so every day. There is a balance. And there is often a tendency to err on one side (“flying by the seat of one’s pants”?) or the other (“not seeing the forest for the trees”?) rather than striking a healthy balance between intuition and analysis. In fact, I would argue that we’re not talking about a duality here but, rather, a complementarity that, when that balance is found, can be very powerful.

But getting back to Larry Jones and lessons we can learn specifically from him, I believe there are several salient takeaways.

First, the process of observing, of “knowing your horses”, of being attentive to them through the lens of experience, is as important as measuring results per se. Results are critically important, but first it’s about the process. Focus on the process first and the results will often come.

Second, it isn’t about top-down management. You have to get under the skin of what you’re doing. You have to live it on the ground. It’s not about managing a project so much as it is living it.

Third, listen to the veterans, those who have come before you. Learn from them. They have the scars. They lived it on the ground. You can get a lot of this experience in personal interaction, although admittedly some of it will come from books and articles.

Fourth, it isn’t about benchmarking. If Larry Jones had continued to benchmark against the trainers, he likely never would have been better than the best of them. He would not have been best-in-class. If you benchmark against others, do so to learn from them, not to emulate them. Benchmarking, while informative, does not lead to best practices.