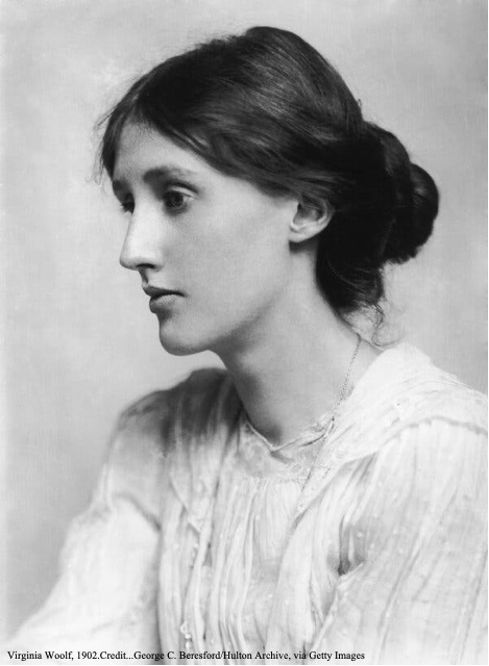 Given my thirty-year fascination with, and devotion to, Virginia Woolf and the Bloomsbury Group in general, I was eager to read Cunningham’s piece. He didn’t let me down.

I could go on and on about the many reasons I love Virginia Woolf’s body of work, and I highly recommend Cunningham’s piece. However, I would like to focus here on one aspect of the novel, exemplified by the following quote from the essay:

consciousness passes from one character to another in more or less the way a baton is passed among members of a relay race.

In the parlance of writers, this is called head-hopping, a third person omniscient shifting between or among different characters’ points of view, thoughts and feelings within a given scene. Among contemporary writers, it is generally frowned upon. If a reader is not expecting it, head-hopping can be jarring and, even worse, can instill in the reader a sense of betrayal. As a writer myself, I am particularly sensitive to shifting points of view and allow it to happen only between chapters, and with a clear indication to the reader as to whose point of view each chapter is told through.

Head-hopping is difficult to pull off effectively, but it has been used to great effect, especially by a handful of great writers. Virginia Woolf was one such writer. The best examples from her body of work can be found in Mrs. Dalloway and To The Lighthouse.

One of the keys to making head-hopping work effectively is to set the reader’s expectations early on.

I ran across a nice little piece by Katherine Hajer about the effective use of head-hopping by Virginia Woolf and others. Hajer advises:

I would respectfully suggest there should be another stone engraved with Things Critics Shouldn’t Do, and that one of the items listed near the very top should be “Don’t Confuse the Device with the Execution.” Just because it’s difficult doesn’t mean it should be banned.

My parting advice to writers who aspire to head-hop is this. Don’t assume that, just because “writing pundits” tell you not to do it, you shouldn’t do it. But remember always to employ it with great caution and with an understanding that making it work requires great skill.