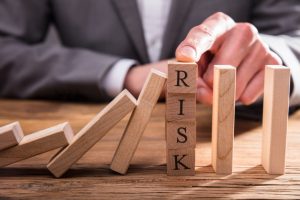 This is taken from an upcoming issue of my weekly newsletter, Something To Sleep On. Please sign up here to receive a free copy in your Inbox each Sunday.

Let’s think about this from a business perspective. Our country was founded on the principle of individual accountability. The very idea of entrepreneurship embodies the concept of taking risks and reaping the rewards of those risks … or suffering the consequences if things go wrong.

The farmers, the craftsmen, the shopkeepers, the manufacturers that were the backbone of our economy for much of our history, understood this. Some succeeded. Some failed. But they were keenly aware that the risks they incurred were theirs. They understood the concept of skin in the game. And true entrepreneurs understand this today.

But back to my earlier question: What happens when decisions are made, when actions are taken, without the agent making those decisions, or taking those actions, bearing the consequences of them? Let that sink in for a moment … and think about this quote from Nassim Nicholas Taleb:

“At no point in history have so many non-risk-takers, that is, those with no personal exposure, exerted so much control.”