The only surviving recording of Virginia Woolf 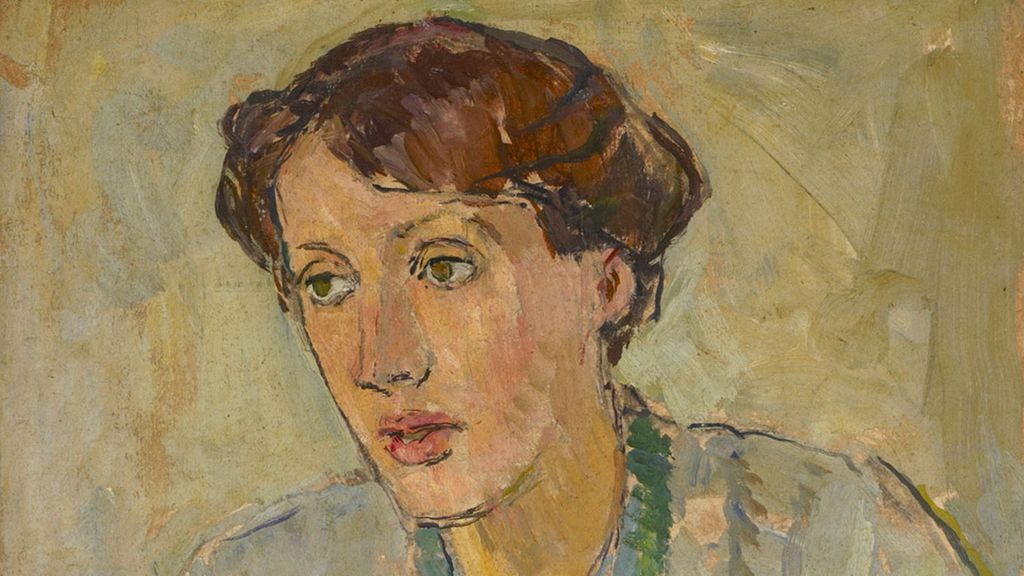 Seventy-five years have passed since the British writer died. To mark the anniversary, we commissioned an animation of a BBC radio broadcast she made on 29 April 1937.

“Words, English words, are full of echoes, of memories, of associations – naturally. They have been out and about, on people’s lips, in their houses, in the streets, in the fields, for so many centuries. And that is one of the chief difficulties in writing them today – that they are so stored with meanings, with memories, that they have contracted so many famous marriages.”

So begins a recording by Virginia Woolf, first broadcast by the BBC on 29 April 1937 as part of a series called Words Fail Me. Just eight minutes of the original remain – and it is believed to be the only surviving recording of the British writer.

To mark the 75th anniversary of Woolf’s death, BBC Culture and BBC Britain have commissioned an animation of her broadcast, which was also turned into an essay called Craftmanship and published as part of the collection The Death of the Moth, and Other Essays. Animator Phoebe Halstead was inspired by the woodcuts created by Woolf’s sister Vanessa Bell for the Hogarth Press.

We have edited the recording down to two minutes; a full transcript is included below. It is an insight into how Woolf viewed writing as well as a unique chance to hear her voice.

Words, English words, are full of echoes, of memories, of associations – naturally. They have been out and about, on people’s lips, in their houses, in the streets, in the fields, for so many centuries. And that is one of the chief difficulties in writing them today – that they are so stored with meanings, with memories, that they have contracted so many famous marriages.

The splendid word “incarnadine,” for example  – who can use it without remembering also “multitudinous seas”? In the old days, of course, when English was a new language, writers could invent new words and use them. Nowadays it is easy enough to invent new words – they spring to the lips whenever we see a new sight or feel a new sensation – but we cannot use them because the language is old. You cannot use a brand new word in an old language because of the very obvious yet mysterious fact that a word is not a single and separate entity, but part of other words. It is not a word indeed until it is part of a sentence.

Words belong to each other, although, of course, only a great writer knows that the word “incarnadine” belongs to “multitudinous seas”. To combine new words with old words is fatal to the constitution of the sentence. In order to use new words properly you would have to invent a new language; and that, though no doubt we shall come to it, is not at the moment our business. Our business is to see what we can do with the English language as it is. How can we combine the old words in new orders so that they survive, so that they create beauty, so that they tell the truth? That is the question.

And the person who could answer that question would deserve whatever crown of glory the world has to offer. Think what it would mean if you could teach, if you could learn, the art of writing. Why, every book, every newspaper would tell the truth, would create beauty. But there is, it would appear, some obstacle in the way, some hindrance to the teaching of words. For though at this moment at least 100 professors are lecturing upon the literature of the past, at least a thousand critics are reviewing the literature of the present, and hundreds upon hundreds of young men and women are passing examinations in English literature with the utmost credit, still – do we write better, do we read better than we read and wrote 400 years ago when we were unlectured, uncriticised, untaught? Is our Georgian literature a patch on the Elizabethan?

Where then are we to lay the blame? Not on our professors; not on our reviewers; not on our writers; but on words. It is words that are to blame. They are the wildest, freest, most irresponsible, most unteachable of all things. Of course, you can catch them and sort them and place them in alphabetical order in dictionaries. But words do not live in dictionaries; they live in the mind. If you want proof of this, consider how often in moments of emotion when we most need words we find none. Yet there is the dictionary; there at our disposal are some half-a-million words all in alphabetical order.

And how do they live in the mind? Variously and strangely, much as human beings live, by ranging hither and thither, by falling in love, and mating together. It is true that they are much less bound by ceremony and convention than we are. Royal words mate with commoners. English words marry French words, German words, Indian words, Negro words, if they have a fancy. Indeed, the less we enquire into the past of our dear Mother English the better it will be for that lady’s reputation. For she has gone a-roving, a-roving fair maid.

Thus to lay down any laws for such irreclaimable vagabonds is worse than useless. A few trifling rules of grammar and spelling are all the constraint we can put on them. All we can say about them, as we peer at them over the edge of that deep, dark and only fitfully illuminated cavern in which they live – the mind – all we can say about them is that they seem to like people to think and to feel before they use them, but to think and to feel not about them, but about something different.

They are highly sensitive, easily made self-conscious. They do not like to have their purity or their impurity discussed. If you start a Society for Pure English, they will show their resentment by starting another for impure English – hence the unnatural violence of much modern speech; it is a protest against the puritans. They are highly democratic, too; they believe that one word is as good as another; uneducated words are as good as educated words, uncultivated words as cultivated words, there are no ranks or titles in their society.

Nor do they like being lifted out on the point of a pen and examined separately. They hang together, in sentences, in paragraphs, sometimes for whole pages at a time. They hate being useful; they hate making money; they hate being lectured about in public. In short, they hate anything that stamps them with one meaning or confines them to one attitude, for it is their nature to change.

Perhaps that is their most striking peculiarity – their need of change. It is because the truth they try to catch is many-sided, and they convey it by being themselves many-sided, flashing this way, then that. Thus they mean one thing to one person, another thing to another person; they are unintelligible to one generation, plain as a pikestaff to the next. And it is because of this complexity that they survive.

Finally, and most emphatically, words, like ourselves, in order to live at their ease, need privacy. Undoubtedly they like us to think, and they like us to feel, before we use them; but they also like us to pause; to become unconscious. Our unconsciousness is their privacy; our darkness is their light… That pause was made, that veil of darkness was dropped, to tempt words to come together in one of those swift marriages which are perfect images and create everlasting beauty. But no – nothing of that sort is going to happen tonight. The little wretches are out of temper; disobliging; disobedient; dumb. What is it that they are muttering? “Time’s up! Silence!”

This story is a part of BBC Britain – a series focused on exploring this extraordinary island, one story at a time. Readers outside of the UK can see every BBC Britain story by heading to the Britain homepage; you also can see our latest stories by following us on Facebook and Twitter.

And if you liked this story, sign up for the weekly bbc.com features newsletter, called “If You Only Read 6 Things This Week”. A handpicked selection of stories from BBC Future, Earth, Culture, Capital, Travel and Autos, delivered to your inbox every Friday.